Given that harsh reality, Arturo Rubio, a former cop and now Falcone’s training partner, injects a little humor offering some sure-fire tactics of his own: “If there’s a lot of them (cartel gunmen) then run. If there’s only a few, then hide. And if there’s absolutely nobody then charge my valiant comrades, we were born to die.”

via Bodyguards aim to kill in Mexico drug war – CNN.com.

“The fastest we go is 172,800x, compressing 24 hours of real time into a blazing 1/2 second. The slowest is 1/32x speed, stretching a mere 1/2 second of real time into a whopping 16 seconds. This gives us a fastest to slowest ratio of 5.5 million. If you like averages, the average speed up factor of the band dancing is 270x. In total we shot 18 hours of the band dancing and 192 hours of LA skyline timelapse – over a million frames of video – and compressed it all down to 4 minutes and 30 seconds! Oh and don’t forget, it’s one continuous camera shot.”

via The OK Go Video: Playing With the Speed of Time | Discoblog | Discover Magazine.

I love these old posters they found in a sealed off London tube station.

“Back in the 1950s, old lifts were removed in the Notting Hill tube station in favor of more modern escalators. Recent work at the station revealed these posters in the old lift passageway.”

“Another image — from late in 2008 — shows Almonte at a different rally, holding a poster that says “Death to all Juice” (sic.) It’s not clear whether that rally was organized by the Islamic Thinkers Society.”

The “stupid kid” thing is pretty obvious. I am not sure about the “not a terrorist” part.

via Suspect’s mom: Son ‘stupid kid,’ not a terrorist – CNN.com.

via YouTube – RSA Animate – Drive: The surprising truth about what motivates us.

“…it was said of him that “he never criticized other men’s weaknesses but made war on his own.”

via From the Life of Heber J. Grant – LDS.org

You know that identity theft protection service, LifeLock, who’s CEO is so confident in their service that he publishes his Social Security # in their advertisments?

He has had his identity stolen 13 times!

Lifelock promised in ads that its $10 monthly service would protect consumers from identity theft. The company also offered a $1 million guarantee to compensate customers for losses incurred if they became a victim after signing up for the service. The FTC called the claims bogus and accused LifeLock of operating a scam.

“In truth, the protection they provided left such a large hole … that you could drive that truck through it,” said FTC Chairman Jon Leibowitz, referring to a LifeLock TV ad showing a truck painted with Davis’s Social Security number driving around city streets.

Davis’ history as an identity-theft victim would seem to call into question the company’s ability to protect consumers from a similar fate. 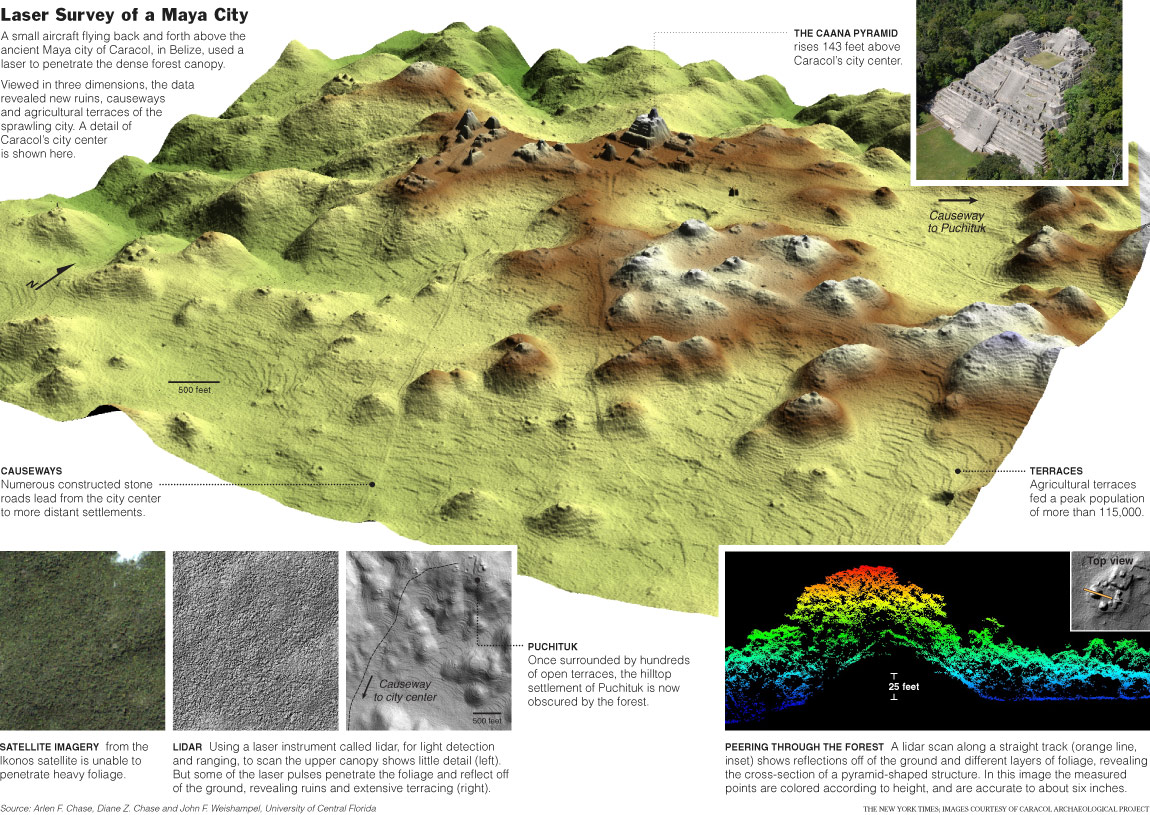 Via – Mapping Ancient Civilization, in a Matter of Days – NYtimes.com

I left the shower radio on. 10 hours ago. For the most part, throughout the day, I didn’t hear it because the bathroom door was closed and I was listening to music in my office on the other side of the apartment. Until just now, when I walked out of the office to go grab some food. It was completely dark in the apartment and I could hear the faintest sounds of depressing/eerie 20s-era music in the distance. I hadn’t quite put together where the sound was coming from as I approached the living room in the dark. Suddenly, the wind pulled the bathroom door open just as the eerie music crescendoed. Anyway, that’s why I’m showering again. Because of the poo. In my pants.

Hate early mornings? Do you strategically place the alarm clock so you have to get up to switch it off? Or perhaps you don’t even do that and the snooze button has become your best friend? If this sounds like you and early mornings are a struggle then read on dear gadget lovers, because the latest novelty alarm clock hitting bedrooms is just the ticket!

Before you say it, yes we know that the novelty alarm clock market is cluttered, but trust us, this one is different very different. If you hadn’t already guessed from the name, the Flying Alarm Clock, well, flies. But that’s not the best bit set this digital alarm clock as normal then wait for the alarm to go off. Because ladies and gents, this is one wake up call you will not be able to miss.

At your preset time the propeller launches into the air with all the manic energy of a Tazmanian devil. The siren is inescapable, the landing could be anywhere in your room, and it wo’t shut the hell up until you get up, find, and then replace the propeller on the base of the alarm clock.

“Has this place been on Diners, Drive-ins, and Dives? I think the only feasible answers are “Yes” or “Not Yet”. It almost seems like you tripped an fell into a megamerican fantasy of Steven Colbert’s. The man who is Norma makes nearly everyone look like a terrorist in comparison to how American he is. Even the cranky billboard man on I-5 south of Olympia (if you don’t know what I’m talking about, start driving) cries tears of red, white, and blue at the doormat of this restaurant.” 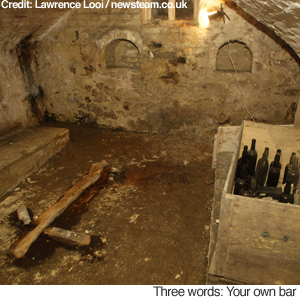 An inquisitive family have uncovered a bizarre church which has been hidden under their Victorian home in Shropshire for 100 years.

The Farla family made the discovery while investigating what was under a metre-long rectangle metal grid in their hallway.

The hole under the grid was just big enough for son Gareth, 20, to squeeze down and see what was under their living room.

And he couldn&apos;t believe his eyes when he saw the dark chapel complete with a large wooden cross on the floor.

But that was nothing compared the the shock the rest of the family got when he followed a staircase in the chapel and came out of a cupboard in the dining room.

Crowley states, “We designed our business cards as collectibles — collect all 6 and unlock a Foursquare badge. Once word of this got out, people were looking all over downtown Austin for employees just so they could introduce themselves and collect a badge. Every time we handed out a card, we got to meet one of our users. Actually encouraging people to reach out and introduce themselves to your team puts a name and a face on the products you’re building. It also helped us start a dialog with people who’d probably never introduce themselves.”

via Growing Your Business: 5 Tips From the Founder of Foursquare. 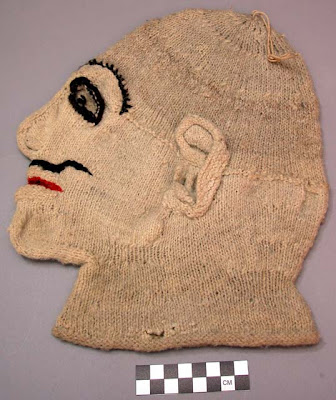